Dr. Storper specializes in hospital psychiatric care for the severely mentally ill, including those likely to harm themselves or others.

This case involved the suicide, by jumping off a building, of the mother of two children. The issue was whether or not the actions of the hospital and the emergency room physician met or fell below the standard of care, with regard to releasing the patient or admitting her to the psychiatric unit, four days prior to the event.

This case involved a psychiatrist who provided a patient with a year's supply of stimulant medication before the patient left the U.S. to go to Thailand to teach. In that environment, he became psychotic, was hospitalized and sustained long term damage as a result of these medications. The issues involved were whether the psychiatrist's supervision or lack of supervision of the patient fell below the standard of care.

This case involved a 19 year-old polysubstance abuser who was seen for emergency evaluation post overdose. He was unconscious for 12 hours. Finally, he awakened and was evaluated by two ER physicians who subsequently discharged him home, where he died as a result of the effects of his overdose. The psychiatric consultant who saw him was unable to perform an adequate evaluation due to sedation, and did not place a psychiatric hold on him or communicate with the ER department. The issue was the possible liability of the hospital, the emergency room physicians who discharged him, and the psychiatric consultant.

This case involved a patient who had severe obsessive ideations, paranoid delusional ideations, and significant weight loss. It ultimately turned out he had a medical condition that was missed until much later. He subsequently killed himself in a residential placement setting. The issue was whether or not the psychiatric care fell below the standard of care with regard to possible improper diagnosis and treatment.

This case involved a patient who was discharged from a state hospital into the care of his mother. He subsequently killed her as a result of his delusional ideations less than one week after his release. The issue was whether or not he received adequate care and whether his discharge was appropriate or fell below the standard of care.

A young man was in jail for a year as a result of a probation violation. The state attorney was attempting to have his probation revoked to send him to state prison. I was retained as an expert, for the young man, to determine if his substance abuse and psychiatric illness led to impaired judgment and inappropriate behavior. I was asked to construct a care plan for him as an alternative to state prison. I presented the plan via testimony in open court. 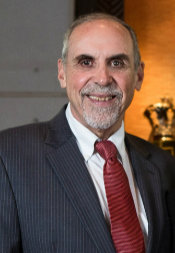